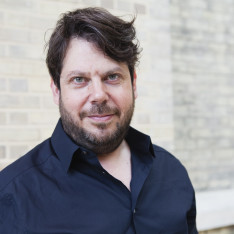 Daniel Charny is a creative director, curator and design educator. He is director of From Now On, where clients include the British Council, Design Museum, Heatherwick Studio, Cathedral Group and William Grant & Sons. Charny was founding curator of the Aram Gallery before going on to curate major shows for the Design Museum. His exhibition “Power of Making” for the V&A and Crafts Council was their most visited free exhibition since 1950. His latest projects include the Maker Library Network with the British Council, an open design mentoring platform that connects makers in South Africa and the UK.
Since 2013 Charny works with Cathedral Group PLC on the development of the Central Research Laboratory, a hardware makerspace and incubator in The Old Vinyl Factory in Hayes, for which he is founding director. An internationally recognised expert, Charny contributes to multiple design juries and professional advisory boards. He has been involved in design education for 20 years including as Senior Tutor at the Royal College of Art, and is currently Professor of Design at Kingston University and Honorary Senior Research Fellow at the Victoria and Albert Museum. In 2012 he co-founded Fixperts, an international open design creative social platform.