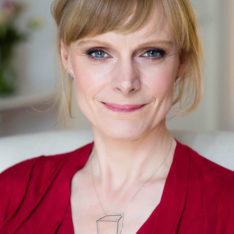 Annie Warburton is Creative Director at the Crafts Council, where she leads on exhibitions, international programmes, education, and research. She also directs the Crafts Council’s innovation programme on intersections between craft, science, technology and industry.

Annie frequently writes, presents and broadcasts on craft, art and design in the UK and internationally.

Annie began her career at the Crafts Council of Ireland. Before joining the UK Crafts Council in 2014, she was CEO of ArtsMatrix and Head of Partnerships at Creative Skillset.  She is an Associate of Newnham College, Cambridge and a Fellow of the Royal Society of Arts.

Annie will be a speaker on our Main Symposium day on Thursday 17 May 2018. Tickets for the event can be booked via Eventbrite here.